Skip to content
Struggling With Keto Diet? Get Meal Plan

Jambalaya Recipe: It is a Louisiana-origin dish of French & Spanish influence, consisting mainly of vegetables & meat mixed with rice. Traditionally, the meat always includes some sort of sausage, often a smoked sausage such as andouille, along with some other seafood or meat, frequently pork, crawfish, chicken, or shrimp. 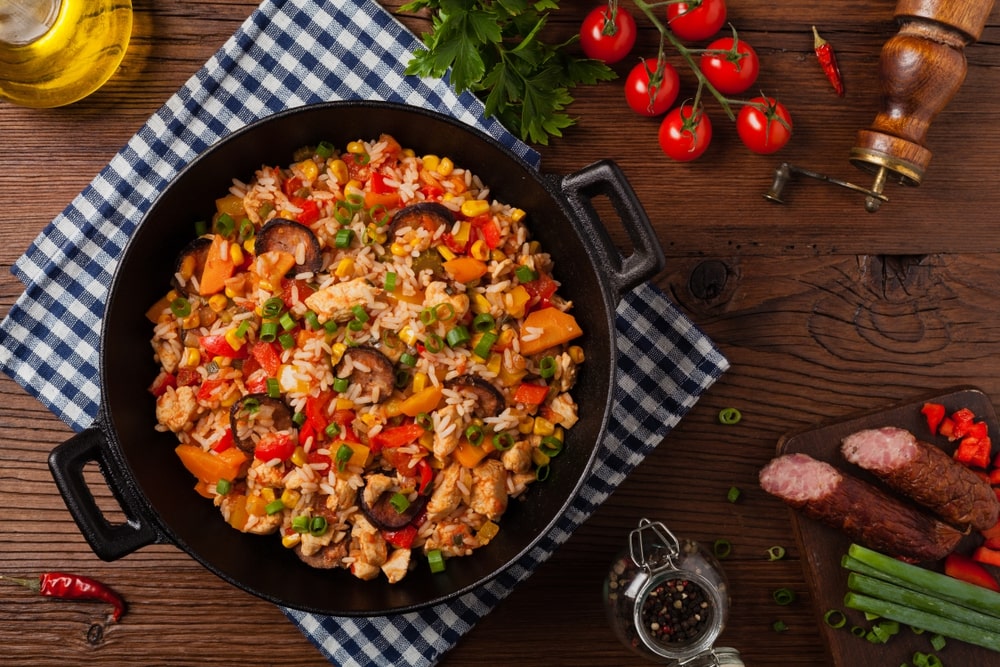 What is in the Jambalaya Recipe?

The vegetables are usually known as the “holy trinity” soffritto-like mixture in Cajun cooking, consisting of celery, onion, and green bell pepper, though other vegetables such as tomatoes, carrots, chilis, and garlic are also used. After browning and sauteeing the vegetables and meat, seasonings, rice, and broth are added and until the rice is done the entire dish is cooked together. 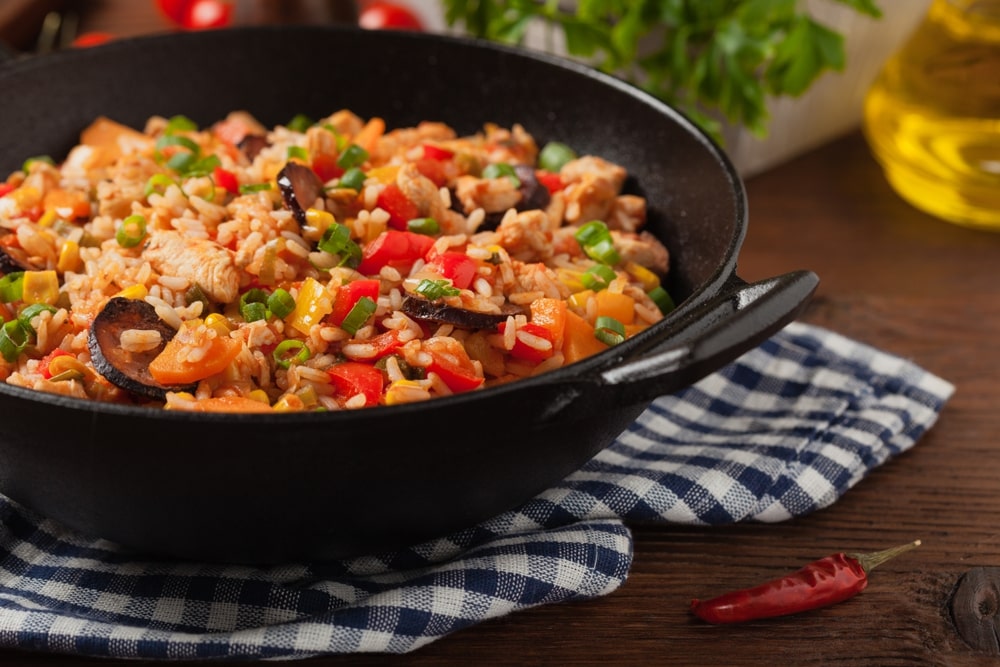 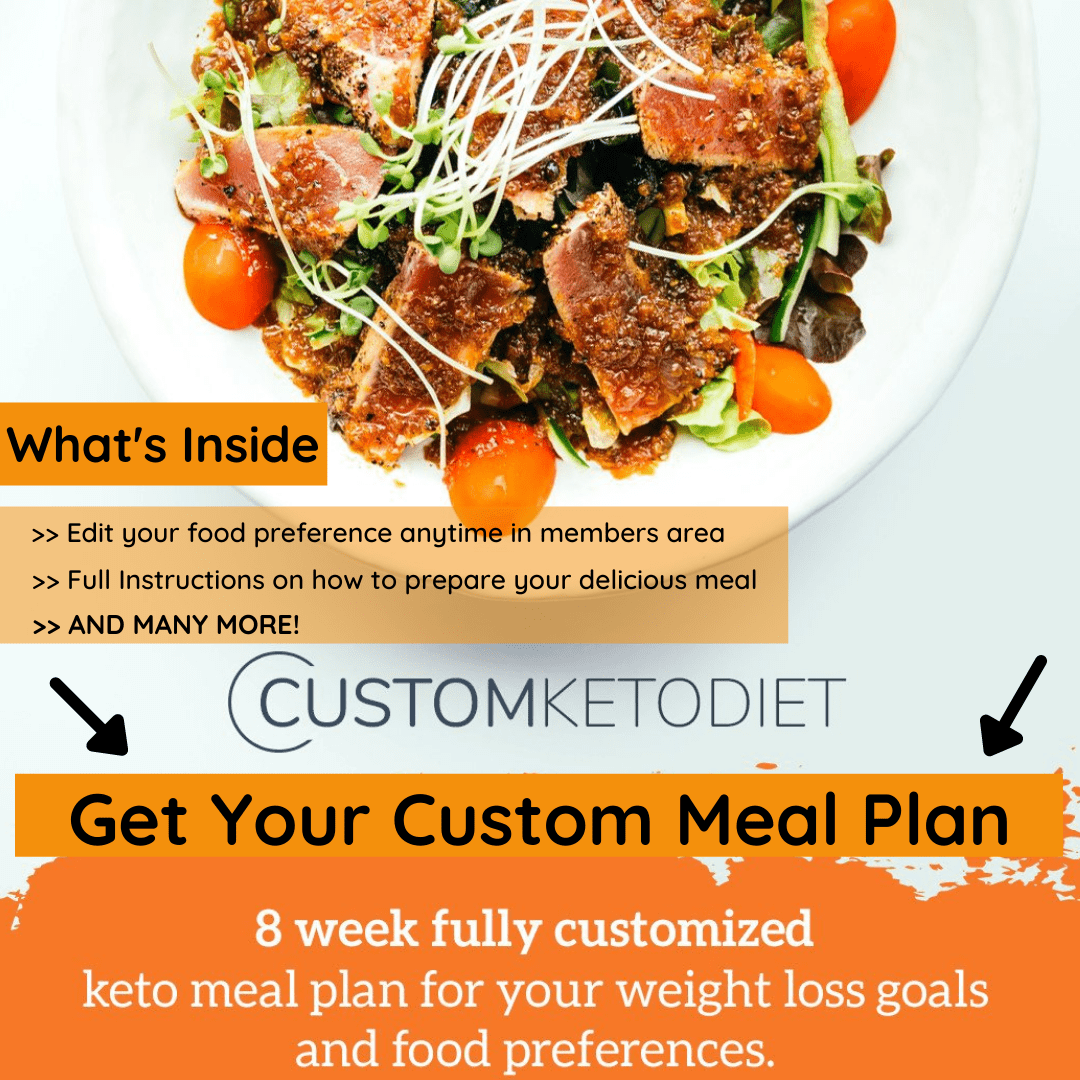 Jambalaya Recipe is very similar to other meat and rice dishes known in Louisiana cuisine. Gumbo uses similar sausages, seafood, vegetables, meats, and seasonings. However, gumbo includes okra and filé powder, which are not common in jambalaya Recipe. Gumbo is prepared separately from the rest of the dish and usually served over white rice, whereas in jambalaya Recipe, the rice is prepared with the other ingredients.

If you are trying this dish for the first time then I am sure you will fall in love with this jambalaya recipe, it’s a kind of wide range of goodness. The main taste and magic come to the dish when sausage, chicken, rice, shrimp, and peppers with cajun seasonings, all come together in a red sauce. This is such a lightened up and comforting dish that everyone will love. 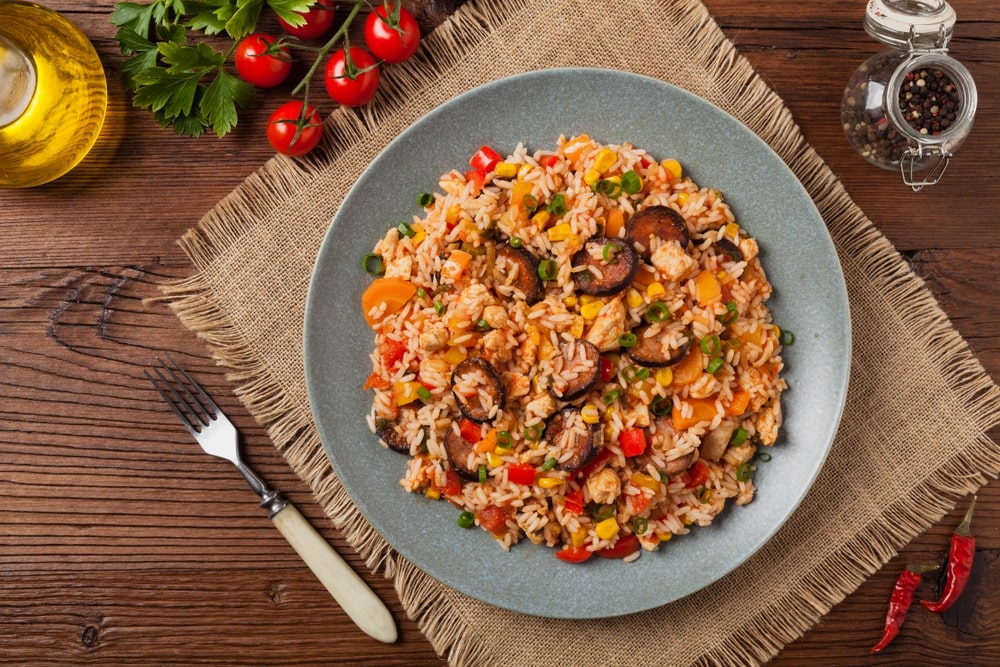 What is Andouille and What Can be it’s Substitute?

If you don’t have access to Andouille – basically it is a spicy smoked Cajun sausage. You can substitute it with a kielbasa, Spanish chorizo or any Polish smoked sausage. Be very careful with your salt if you are using more Cajun seasoning. The quantity of salt you need will depend on the type of Cajun seasoning and quantity you use.

Difference between Jambalaya and Paella? 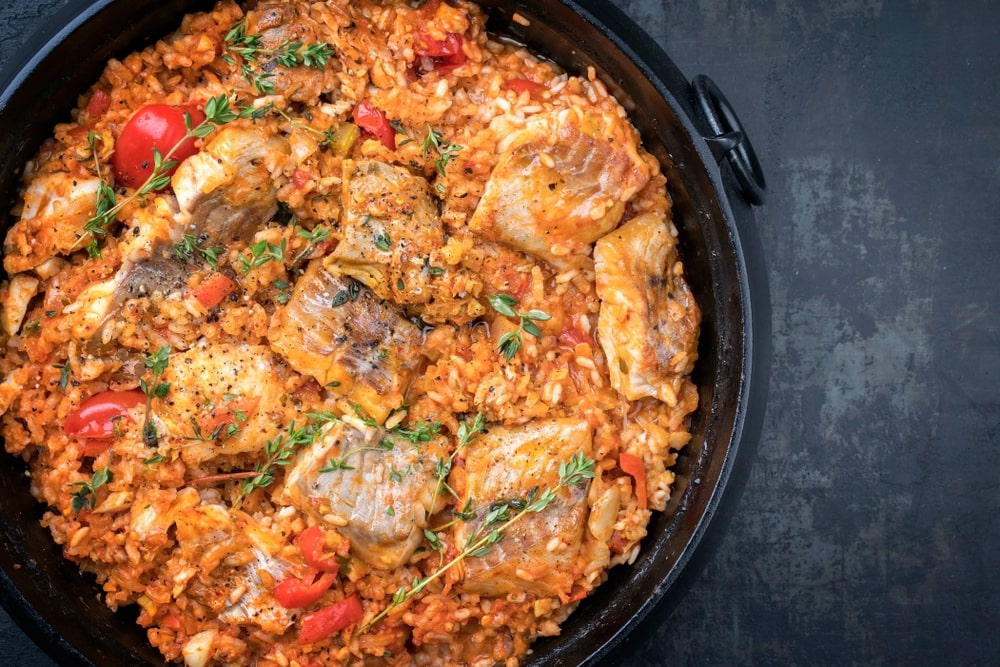 How to Make Jambalaya Recipe? 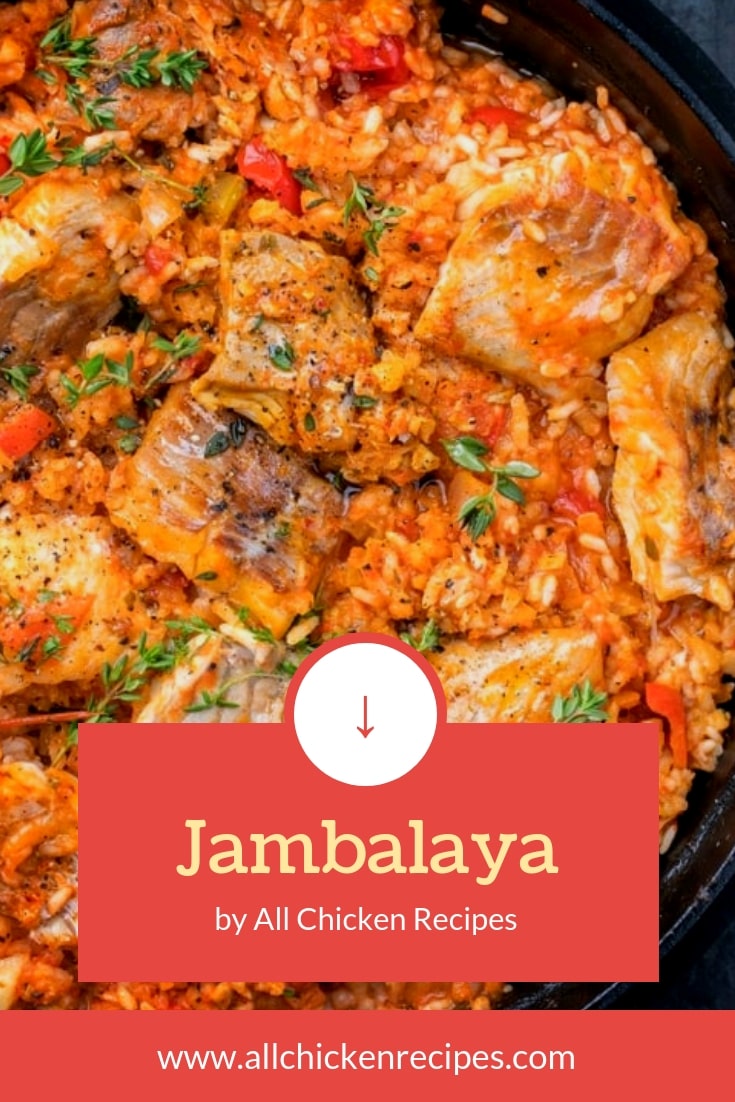 Jambalaya Recipe is very similar to other meat and rice dishes. It's tastes so good and delicious that you will fall in love with this jambalaya recipe.

This site uses Akismet to reduce spam. Learn how your comment data is processed. Hi, this is Soumyadip, the creater of allchickenrecipes.com. I love cooking and sharing new chicken recipes to the entire world. So what are you waiting for, join me on a delicious chicken recipe journey.
Read more…

Allchickenrecipes.com is a participant in the Amazon Services LLC Associates Program, an affiliate advertising program designed to provide a means for sites to earn advertising fees by advertising and linking to Amazon.com. Amazon and the Amazon logo are trademarks of Amazon.com, Inc, or its affiliates.